Guest blogger and Brisbane Naturopath and Wellness Centre naturopath and kinesiologist—Georgia Kilpatrick—is talking to us this month about an 11 year old girl who presented with severe eczema over 70% of her body. This is “Shay’s” story. 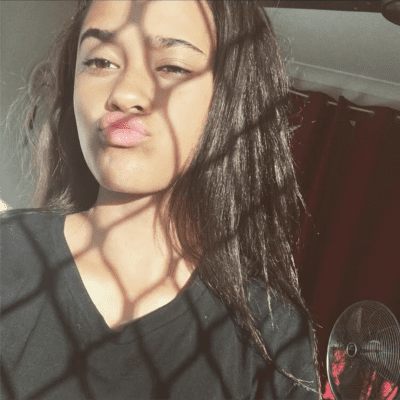 11 year old “Shay” (not her real name)—and her very concerned mum—came to see me in December 2017. Shay had eczema over 70% of her body. She was very itchy, exhausted all the time, and sore.

The eczema was over the face, torso, inner flexions of the elbows, backs of the knees, and down the legs. It had started about eight months earlier and was gradually getting worse. They had realised dog and cat hair made it worse, so they found a good home for their beloved dog, but it was still getting worse with going to school, and a low-histamine diet wasn’t helping. 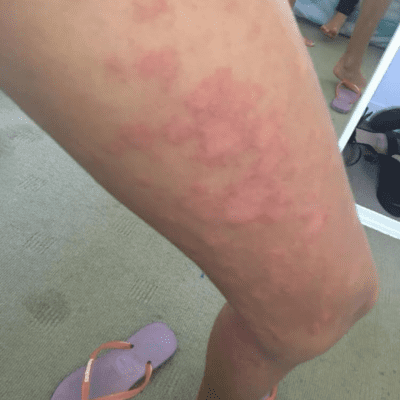 Treating the root cause

From a Naturopathic standpoint, when we view eczema, its root cause could be allergy, fungal infection, or bacterial infection. To treat it, we always look at the organs that clean the blood. That is, the liver, kidneys, and gut.

If the blood isn’t being cleaned effectively or efficiently, the particles that need to come out will come out through the lungs and the skin, causing any skin irritation and inflammation to be worse.

The role of stress in eczema

Stress always has a role to play in driving the condition. In Shay’s case, the eczema was over half of her face, and for anybody—in particular an 11 year old girl—it is confronting to go to school and out in public. 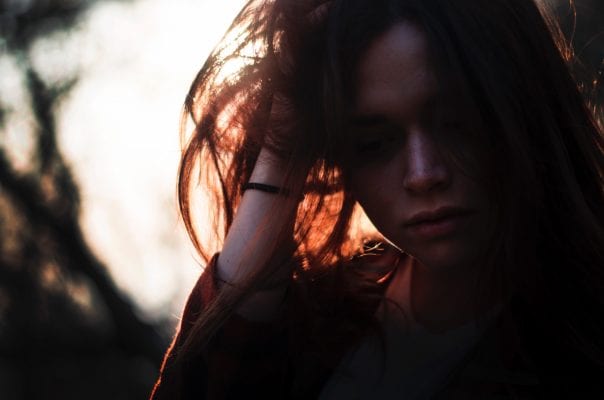 Eczema is also one of the three atopic conditions that are very common in childhood and are often all related—by no mistake—via gut health and inflammatory tendencies. The three conditions are eczema, allergies, and asthma. In Shay’s case, she had a history of mild asthma as well, completing the trifecta.

From a Kinesiology point of view, I have balances specific for immune system and allergies, gut protocol, and supporting the liver to efficiently detox what it needs to, plus stress. However, when it comes to Kinesiology—because it’s a way of asking the body where to prioritise treatment focus—it really does come back to what is happening for that individual.

Over the last year, Shay has gone from fortnightly kinesiology balances, a high amount of liquid herbs, probiotics, fish oils, and stringent diet, to kinesiology balances every 3-4 weeks; less herbs, fish oils, and probiotics; more of a patient understanding of what foods to eat; as well as what caused individual flares and how to address them. We have also reduced the reactions to animal dander to only dog hairs now, and reduced the sensitivity of inflammatory foods. Flare ups are happening less frequently, aren’t nearly as severe, and heal much quicker!

“Nothing else works as well to heal a flare as a kinesiology balance!”

Below is the journey we have taken through kinesiology balances over the last year to get to this point now. It’s a journey of discovery, patient self-responsibility and choices, and ultimately one of wellness for a lifetime. It was so rewarding to watch Shay’s healing and a joy to see her cheeky personality shine through again!

Before and after photos

The images on the left show Shay’s horrendously inflamed eczema. A year on, and the smiles on the right say it all! 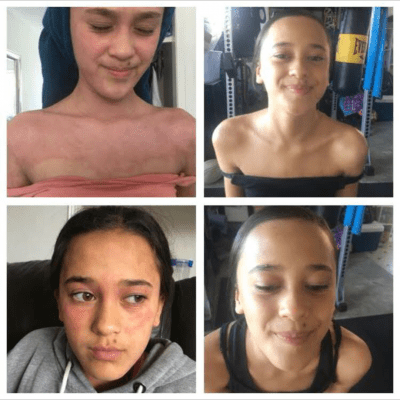 For Shay’s case, the first balances were around general liver-detoxing balances. That is, the six detox pathways and supporting them to detox out general, everyday particles and chemicals we come in contact with. Although these are in small amounts when we come in contact with them every day, over time, they contribute to the liver’s ongoing daily to-do list. They include:

Plus, there are the internal compounds we make on a daily basis that also need to be broken down and taken out with the waste product. This include hormones to wake, to sleep, female and male hormones, and a range of other hormones we need to function. If they aren’t broken down and taken out in a timely and efficient manner, then they will add extra load for the liver and the body as a whole system.

It took two balances to get through the whole detox protocol, as the body indicated its upper limit for each balance. After the first balance—plus prescribing a specific probiotic and liquid herbal mix to suit Shay’s needs—Shay experienced remarkable improvement in just two weeks.

Stress can produce a major inflammatory cascade, so calming down the stress response is always a major priority. Stress can activate neurotransmitters like noradrenaline, acetylcholine, and glutamate. Although these have a very important role in the body, when they are in a high amounts it upregulates other functions in our body demanding more anti-oxidant and nutrient support. When the support is not met, this can create a deficit, in turn driving more inflammation, thus worsening any inflammation already in the body.

Shay’s body started to indicate we could explore what it was reacting to. It was becoming increasingly clear that the reactors were cat and dog hair. Shay was so sensitive, that dog or cat hair on the clothes of a visitor would cause a flare up. Shay would regularly travel to school in a car that often carried a dog, further explaining why she was flaring up at school. This was a huge step forward in navigating  and managing her health and flare ups. However, it didn’t explain everything.

We began to explore what else was contributing to Shay’s flare ups. We had already developed a low-allergenic diet which Shay was thriving on. It’s pretty hard for an 11 year old though, and there were occasional slip ups with food. The major foods contributing to inflammation and flare ups were:

The next wave of balances were related specifically to histamines.

Did you know there are four types of histamines in the body? Whilst we do use histamine as a neurotransmitter for positive use around the body, our modern lifestyles trigger more histamine activations than the body can clear.

When the cells can’t clear the histamines efficiently, they linger around the cells or organs causing more and more sensitivity to inflammation. This can affect any organ and when generalised it is known as Mast Cell Activation Syndrome (MCAS). This can contribute to painful periods and disrupted women’s health, chronic headaches and migraines, digestive issues, and of course eczema and allergies. Shay has not had any cat-hair flare ups since these balances.

This was a great step forward with less flare ups when in contact with allergens and the inflammatory foods. The flare ups weren’t as severe and took less time to clear. When there was a flare up, it calmed down within hours after a kinesiology balance, every time! Still to this day, Shay’s mum says that nothing helps better than the kinesiology balances. 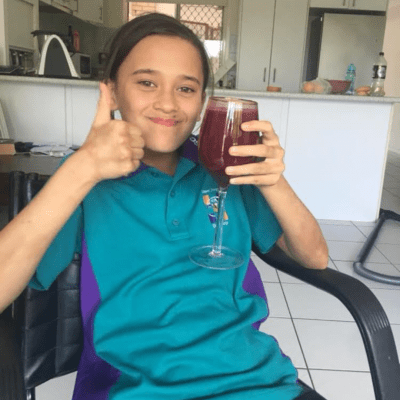 A major contributor to skin flare ups is fungal and bacterial infections. The allergens cause massive inflammation, which weakens the skin membranes. Toxins—such as heavy metals or chemicals—come out through the skin increasing the inflammation and cause more strain on our immune system. The ongoing red and round welts, bubbling of skin, spots on the skin, dryness and cracking, and weeping of skin, often indicate either a fungal or bacterial infection. However, as the infections aren’t the actual cause of the problems, it is still very important to treat the internal functions. With treatments, flare ups became less, and it became obvious whether it was a fungal flare—often from too much sugar or too many potato chips—or bacterial flare usually from contact with dog hair (staph being the most common). 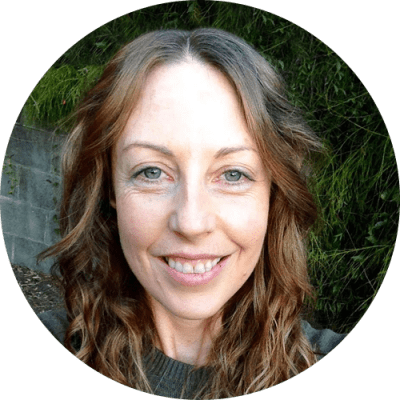